Posted on October 31, 2016 by healthonwheels 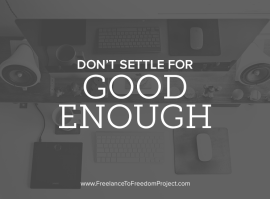 It was a pretty weird thing to forget, especially since I had checked my packing list no less than a gazillion times. On a road trip last spring break, I realized about five hours away from home that I had neglected to bring my wheelchair cushion. How can that happen? Well, I couldn’t bring my power chair with us, because it doesn’t fold and I don’t have an adapted van. So that meant I was traveling with my manual chair, which I don’t use often these days. Add to that, the cushion from my manual chair was damaged and in the process of being replaced, so for a few weeks I had been switching out the one cushion I had on hand for both of my chairs. When we put my manual chair in the trunk before we left, we simply forgot to grab the cushion out of my power chair.

It was an honest mistake. But one that had pretty significant repercussions for me. A cushion in a wheelchair is not simply there for comfort. Although that is absolutely one of its functions, cushions for wheelchairs are often customized, and can, therefore, prevent pain and pressure sores on particularly sensitive areas of the body. 🙂

Not having my cushion with me for the trip was a pretty big deal.

Very well meaning people did their best to offer suggestions. I heard “Can’t you just use a pillow?” so many times that I lost count. The answer is no. I honestly wasn’t trying to be difficult. Sitting on things that are too soft do not give me a whole lot of support. When I try to sit on something I sink into, I tend to lose my balance which ultimately means I can’t concentrate on much, other than trying to stay upright.

The first night of the trip, we were able to meet up with my friend Amy in Nashville. She has Spina Bifida and is also a wheelchair user. When I told her I had inadvertently left my wheelchair cushion at home, her immediate response was “Who can get it from your house and have it shipped to you overnight? Going for almost a week without sitting on the right cushion would not be good for anyone.”

She simply got it.

Luckily, one of my caregivers was still in town, and when I called and told him about my dilemma, he volunteered to ship me the cushion. Yes, doing so was expensive. And if it were to happen again, I would do the same thing every day of the week and twice on Sunday without batting an eye.

Although I am pretty easy going in most areas of my life, there is one particular pet peeve that I have that is pretty core to my existence.

One of the things I talk about often as a person with a disability is that I don’t have a whole lot of power in my life. My circumstances mean that caregivers have to help me in and out of the shower and drive me wherever I want to go. There are many things I cannot do by myself, and I don’t have a choice about that. And that is okay because it simply is what it is. But one of the things that my lack of power in so many areas of my life means is that when I do have choices, I want to have the power to make them.

When I send a caregiver to the grocery store for me with a detailed list of the items I want, I don’t like it when they buy something that they think is “close enough,” even if they have the best of intentions.

When I talk to someone and let them know the way I want to do something, I have usually thought through various scenarios and come to my conclusion because I know what would work best for me. Therefore, when someone changes the plan without getting my input because they “didn’t think it would be a big deal” to do something differently, I don’t always take that well. More often than not, I find out that they did not consider an aspect of their plan that would affect me negatively.  To be clear, that is not at all to say that I am not open to a discussion about changing a plan, I just don’t like being excluded from the decision-making and then told that things are going to different than what I expected.  For some reason, being treated like a kid tends to bother me…Go figure.

In my opinion, one of the best ways to respect and empower people with disabilities is pretty simple. Don’t make us settle for what is easy and convenient for you, or what you might think is the best solution for an issue. Don’t assume something else is “good enough.”

Give us choices and listen to why we want to do something a particular way. And trust that we know what we are talking about.

Let me ask you a question. Would you, as an adult, want someone else to make choices for your life and tell you that, even though you made it clear to them what you wanted, the things they chose for you are “good enough?”